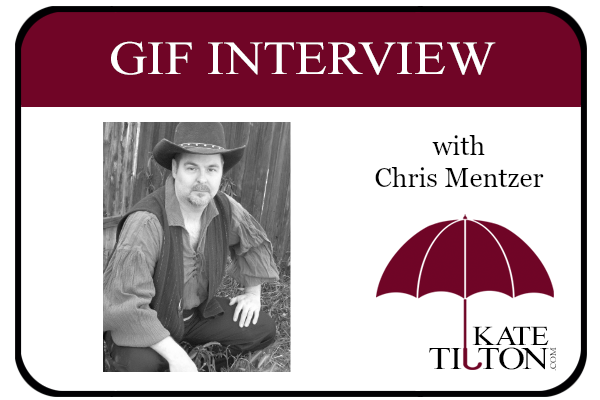 Today I am pleased to have Chris with us for a gif interview! In case you are new to the site, a gif interview is where the author is only allowed to answer my questions using gifs. I hope you enjoy it!

Hello, Chris and welcome to the blog!

What does a book hangover look like for you?

(Doctor Who, owned by BBC)

What is the hardest scene for you to write?

I’ve heard before that authors are sometimes asked to show ID before you signing their books at a store. What would be your reaction if that happened to you?

What is the place you would love to visit the most that you haven’t been to yet?

A new episode of Doctor Who just came on, but you are on a deadline. How do you handle the situation?

(Doctor Who, owned by BBC)

Thank you for visiting the blog, Chris. It was such a pleasure to have you and The Doctor for a visit ;)! Christopher Mentzer has been interested in story writing since 1982, but it wasn’t until 2005 that he took it seriously. Upon entering his first NaNoWriMo competition, he wrote the foundation of his first fantasy novel, Nexus of the Worlds. This was followed by book 2 in 2007 and book 3 in 2009. The entire trilogy, The Askinar Towers, is available on Amazon.

He is currently working on a new project involving a series of short stories and, when he isn’t writing, he’s working in the retail industry.

About Nexus of the Worlds: Sara’s tenth birthday was concluded by a visit from the family friend known only as The Professor. He gives Sara a special key that starts her on a great adventure! Along with her sister, Erika, she gains access to a world dominated by four towers.

Their goal is to find a way back home and that means finding the Fifth Tower, which is considered a legend. Along the way they join up with a detective from 1935 New York, a female secret agent from 1969 Washington D.C., and a King’s Champion. Together they encounter obstacles that delay their travels.

But someone else is ever present watching the progress of the girls and their friends. A black robed figure trails behind with an agenda of some sort. Does it want the key or the girls?